The City of Light is the home of glamour, fashion and an exceptional historical and artistic heritage. This city hotel captures the essence of the French capital. Located in the hectic business district, this select city hotel has an inspired design, chic ambience and stunning architectural profile, resembling a grand ship unfurling its sails. Ready to set sail… as soon as you are on board. 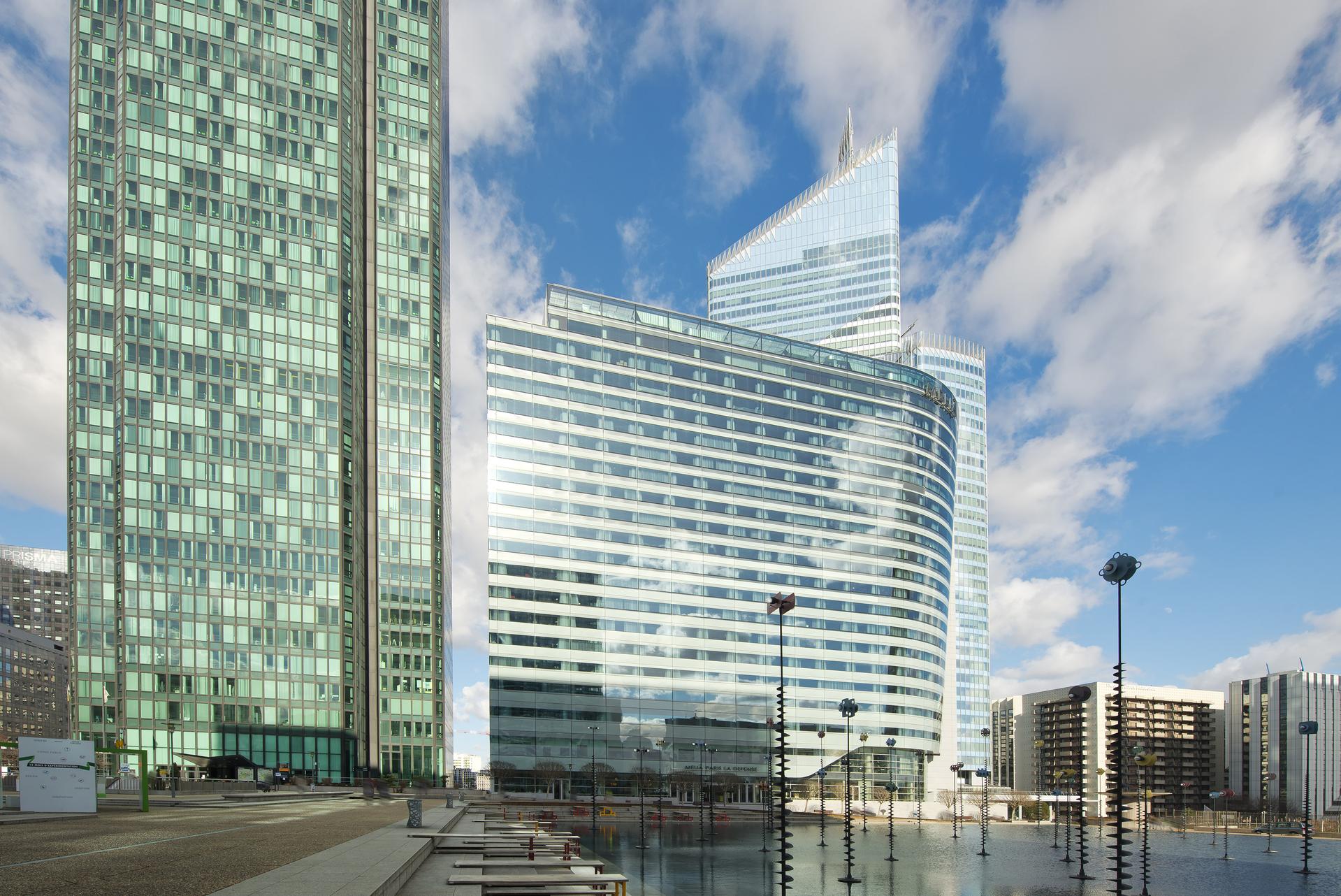 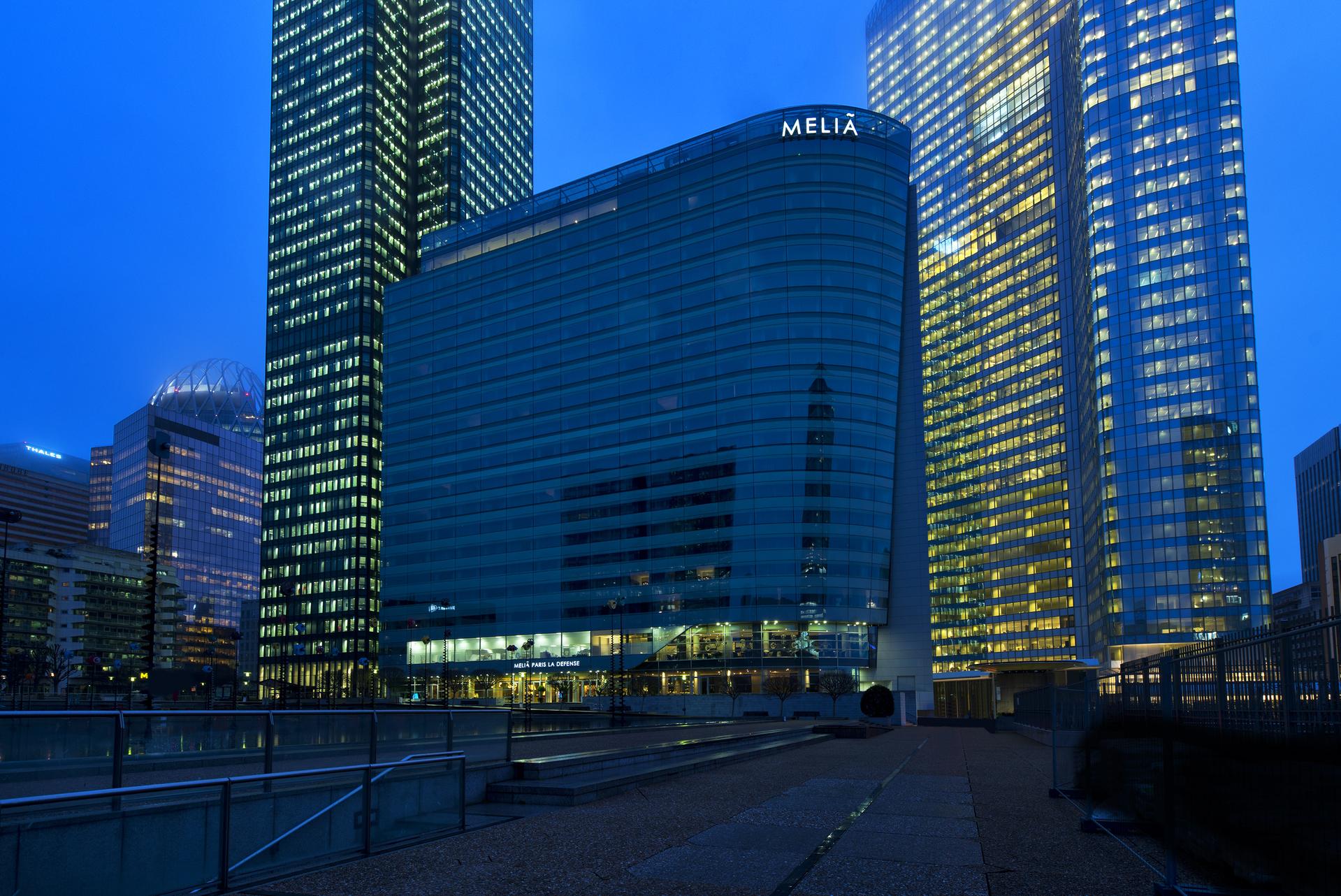 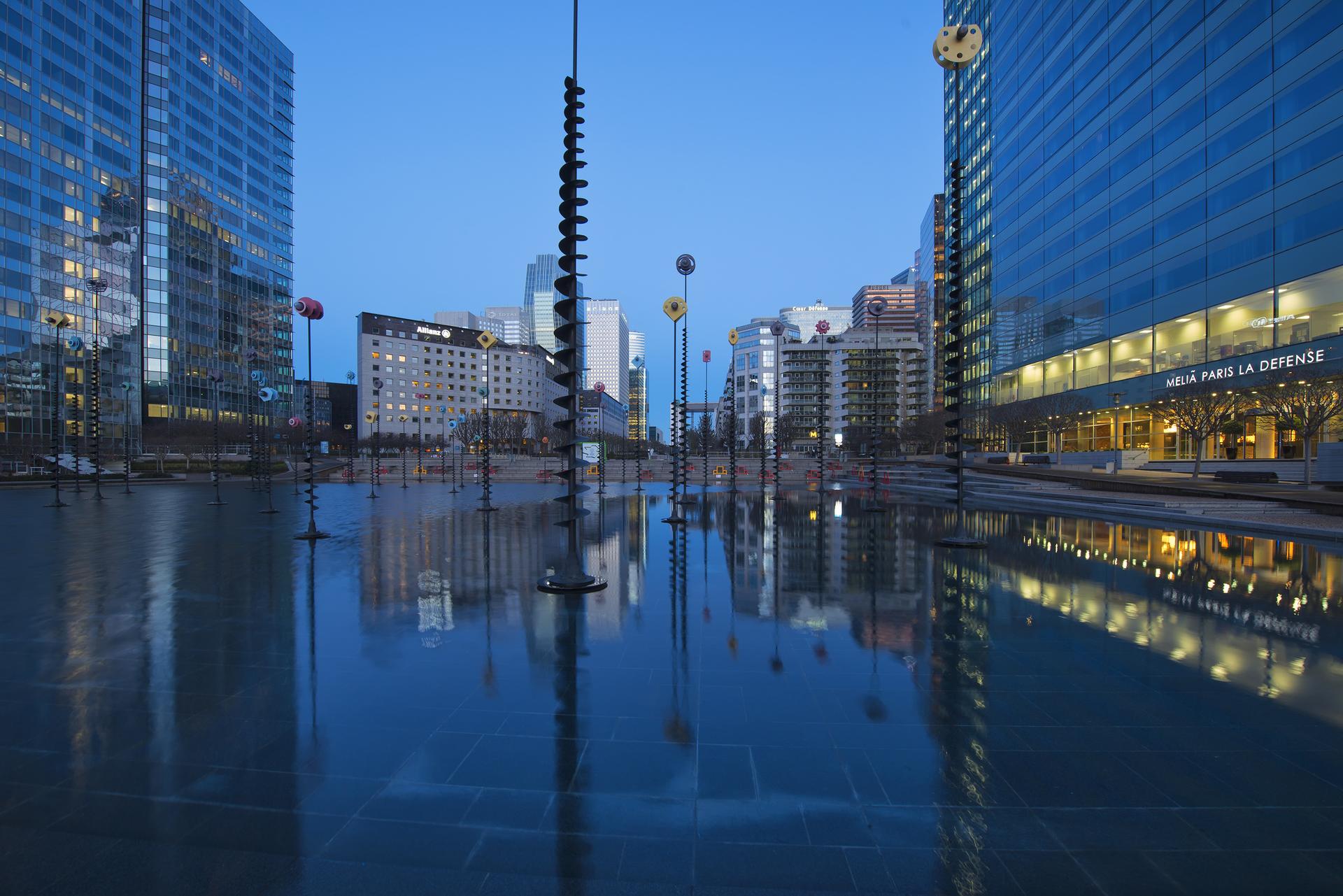 The 5 conference parallel tracks will be hosted in 5 state-of-the-art halls, each with daylight and an astonishing view. All meeting rooms have a computerized air-conditioning system and state-of-the-art audiovisual equipment with excellent acoustics. 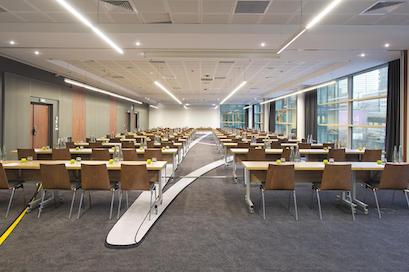 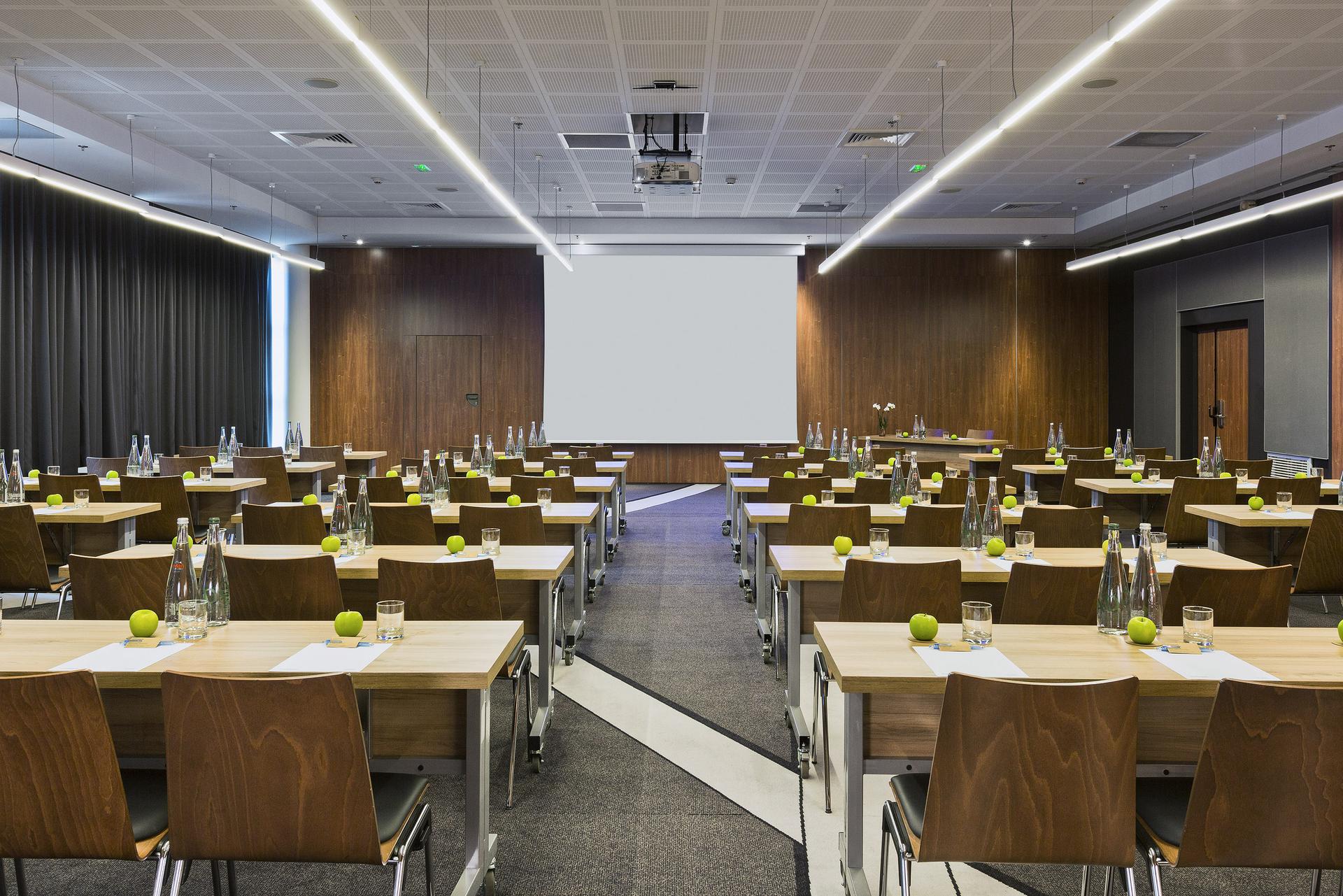 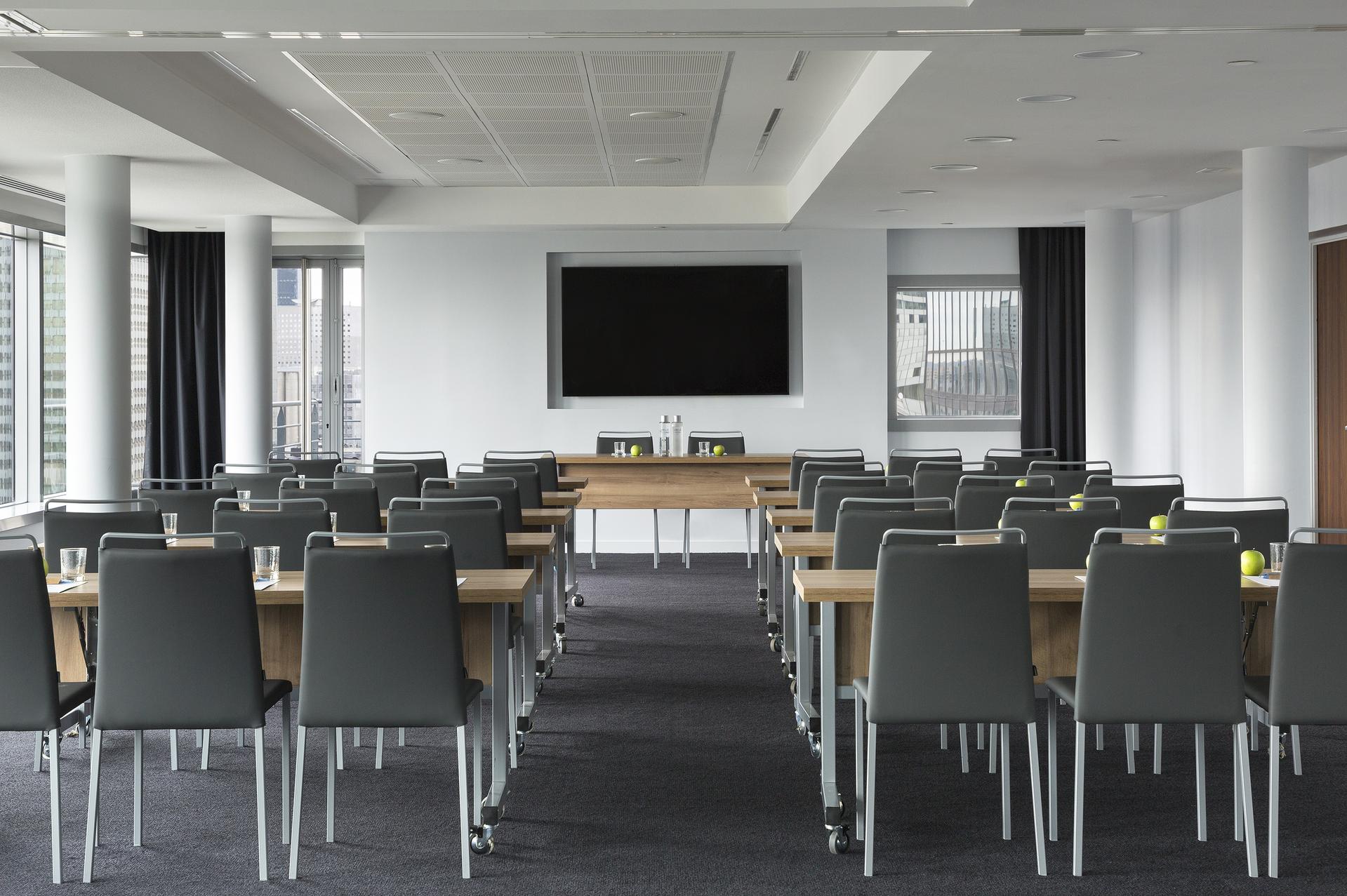 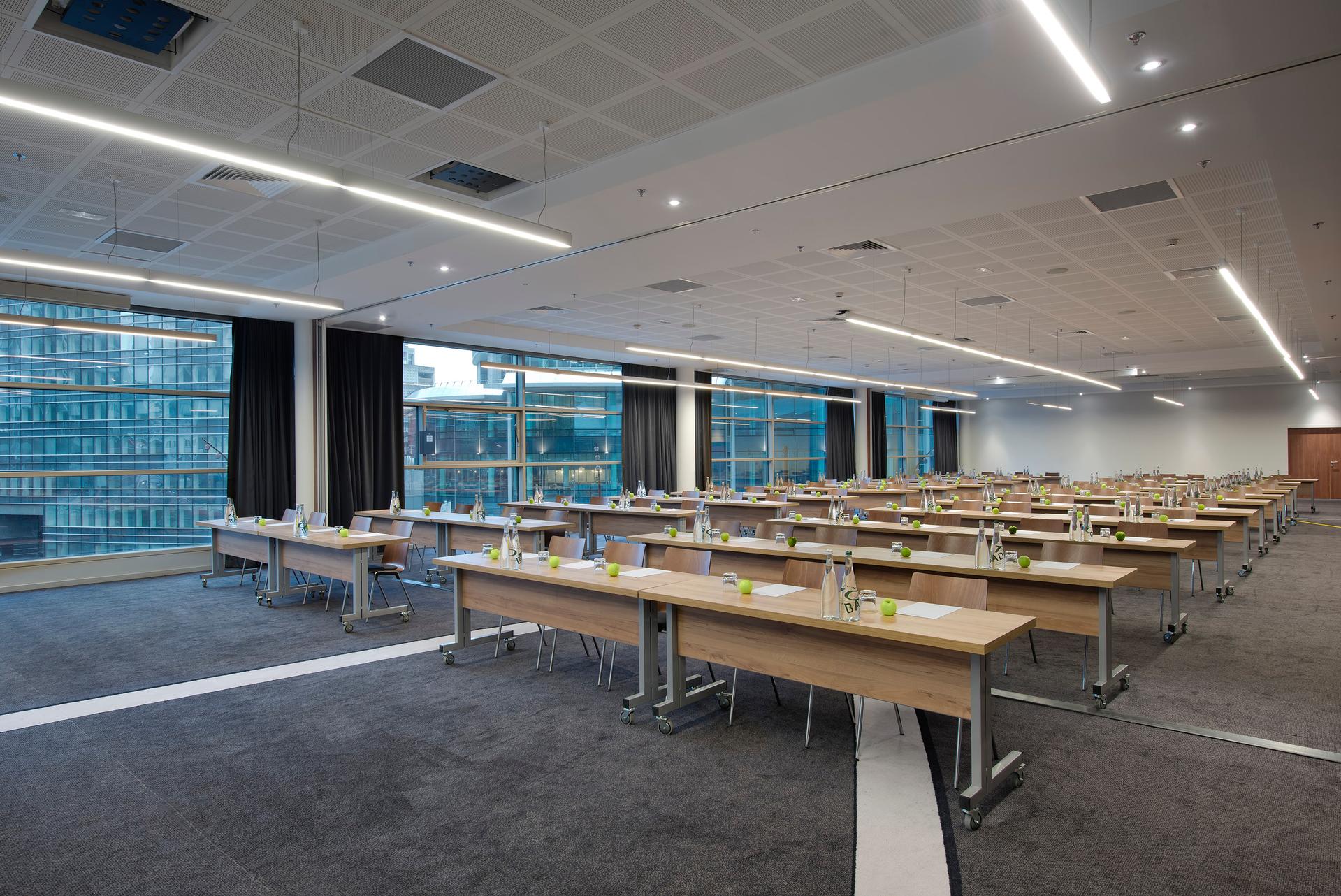 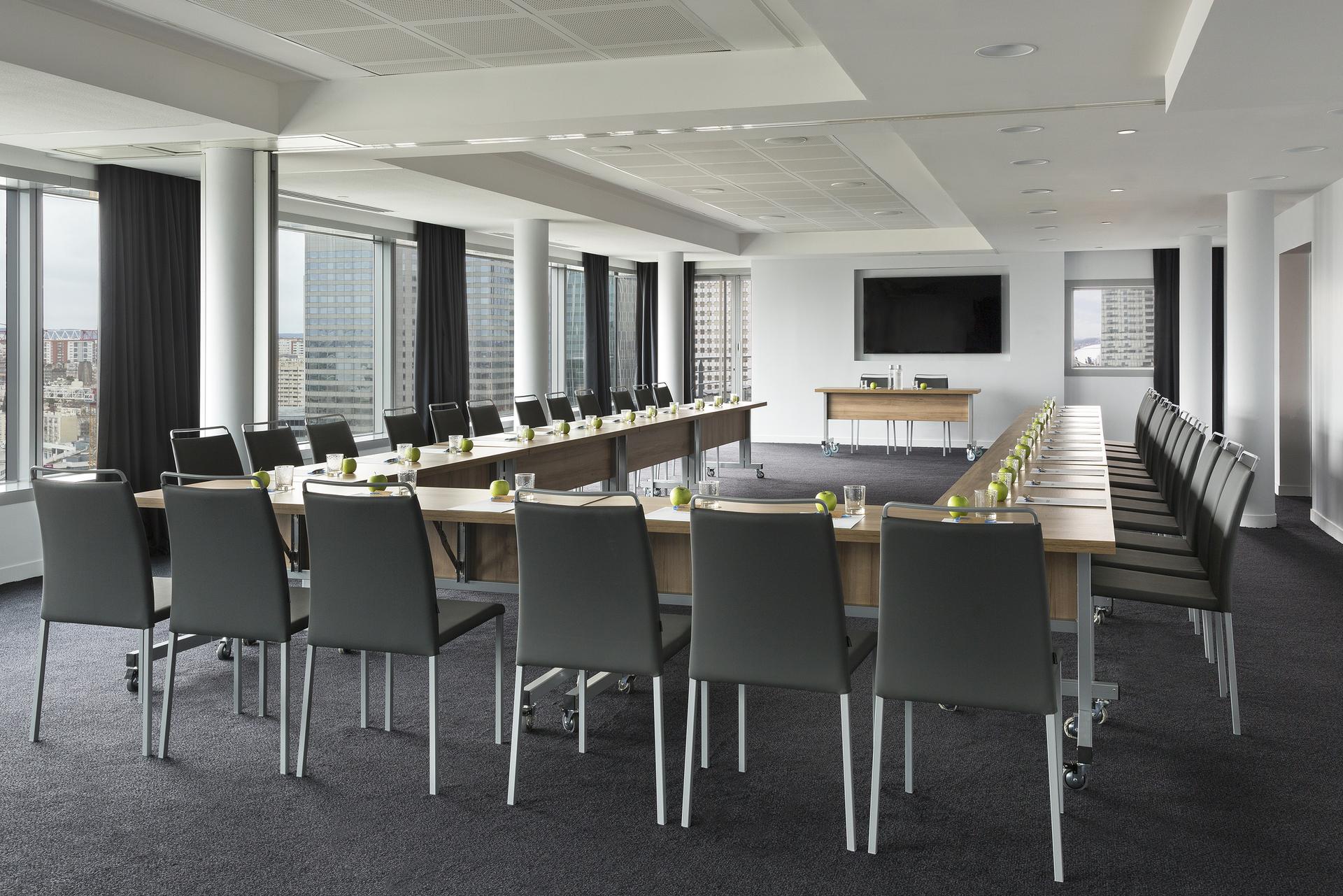 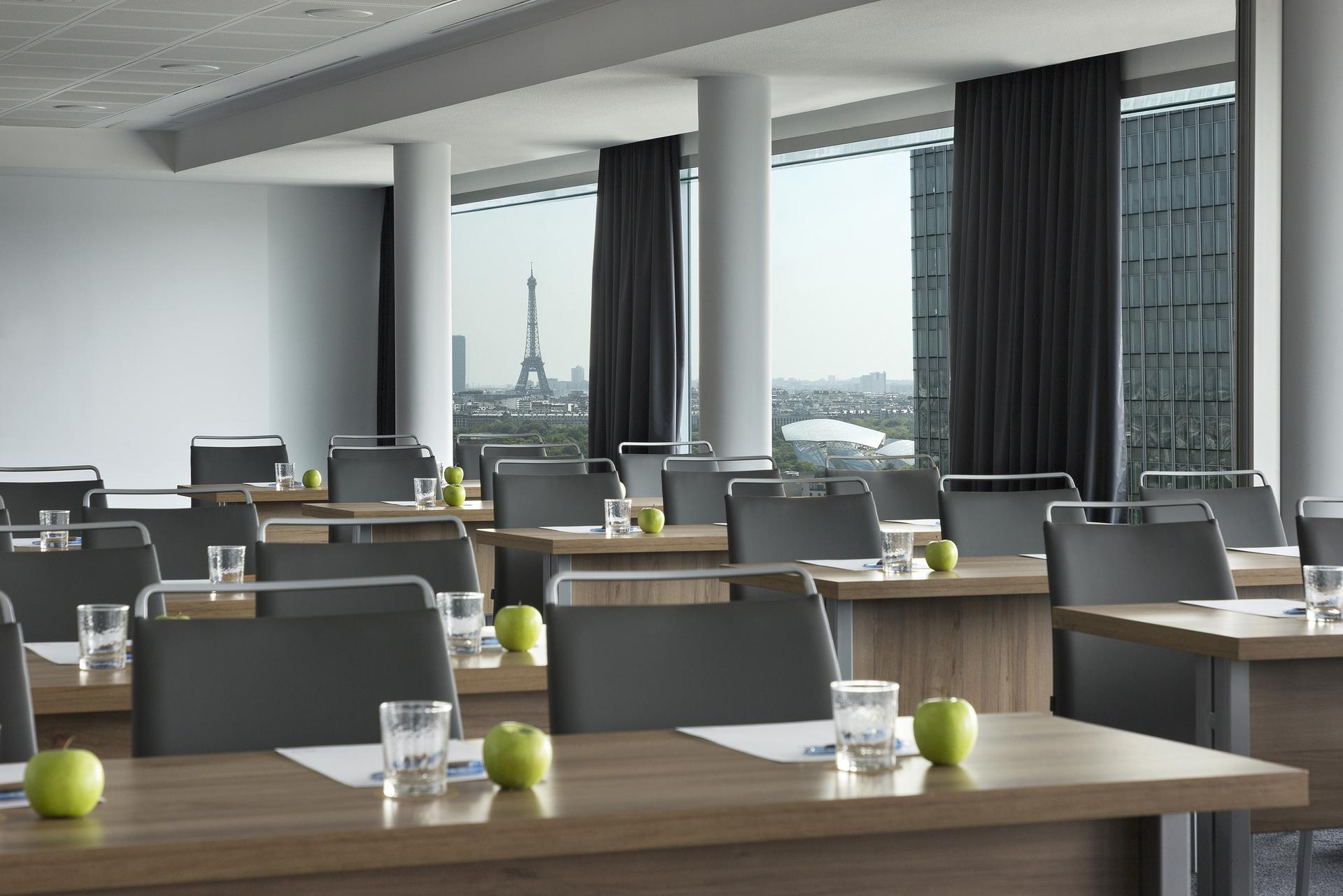 EIP has secured a limited number of rooms for the conference delegates.

Comfortable and bright rooms with a panoramic view, each 32m² with king or queen-size or twin beds and superior-quality bedding. Each features individual temperature control, a 39-inch flat-screen TV and ritual bathroom amenities. The rate includes breakfast and tax. This rate allows maximum flexibility to make changes or cancel the reservation free of charge until 31 October 2023. 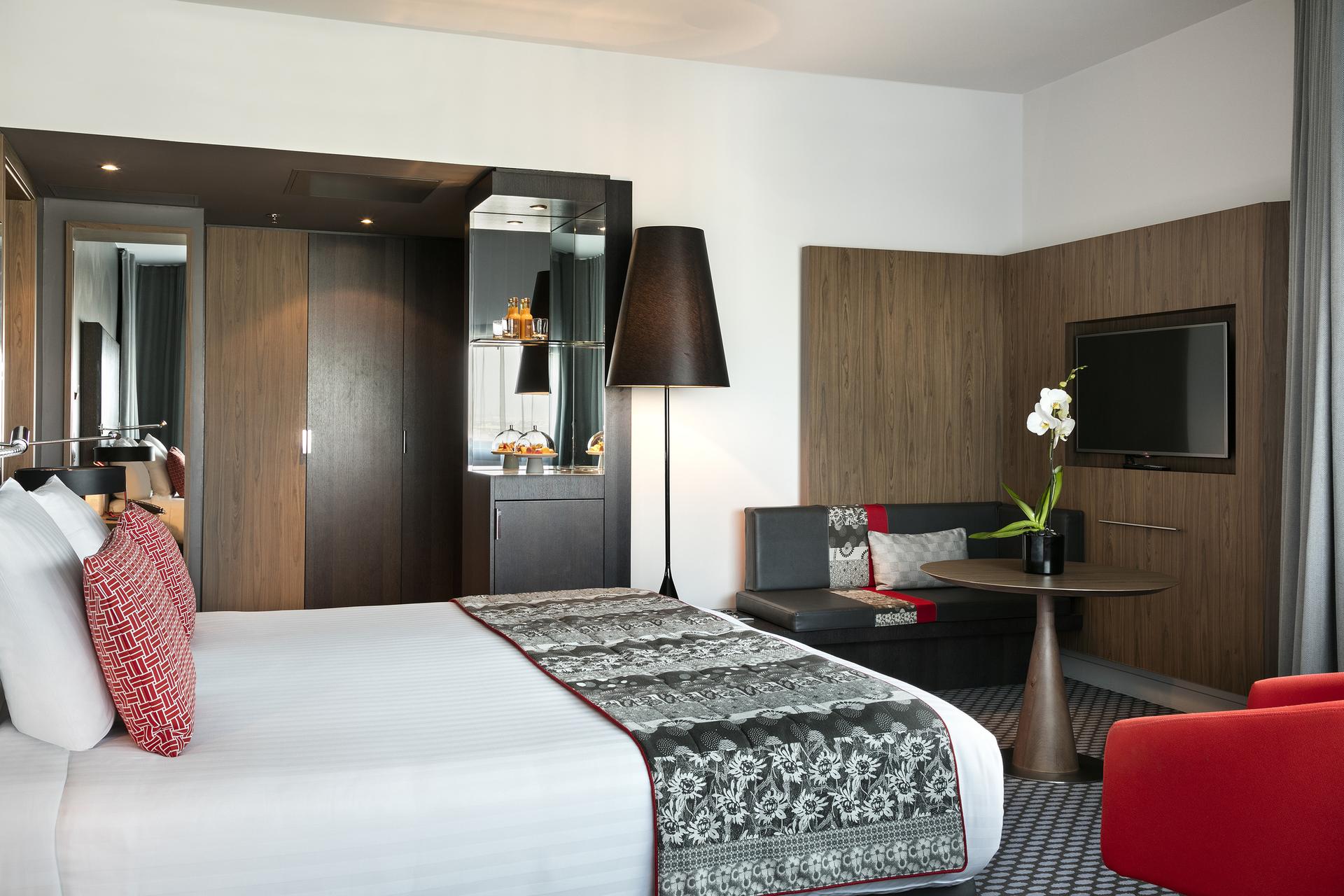 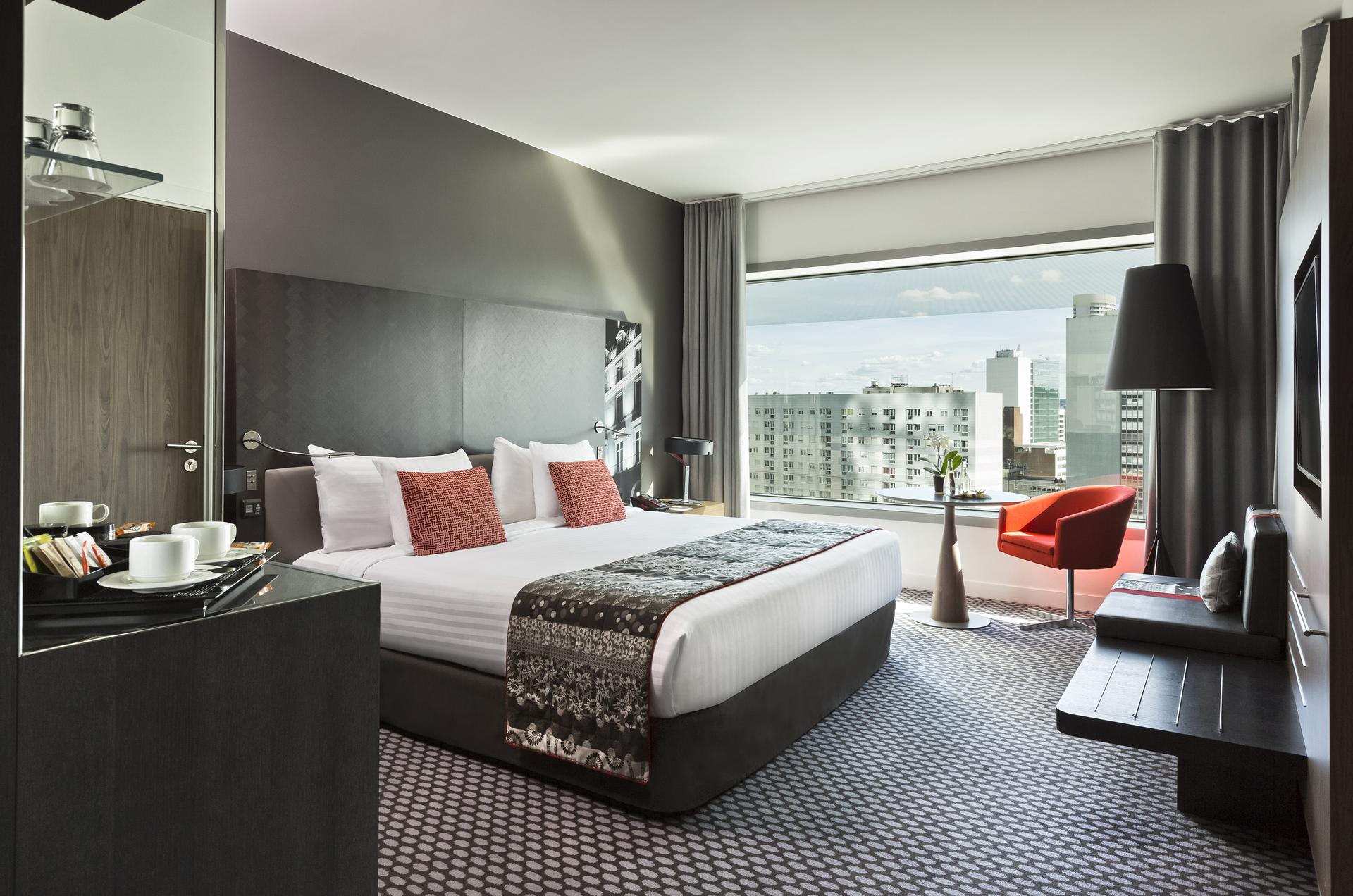 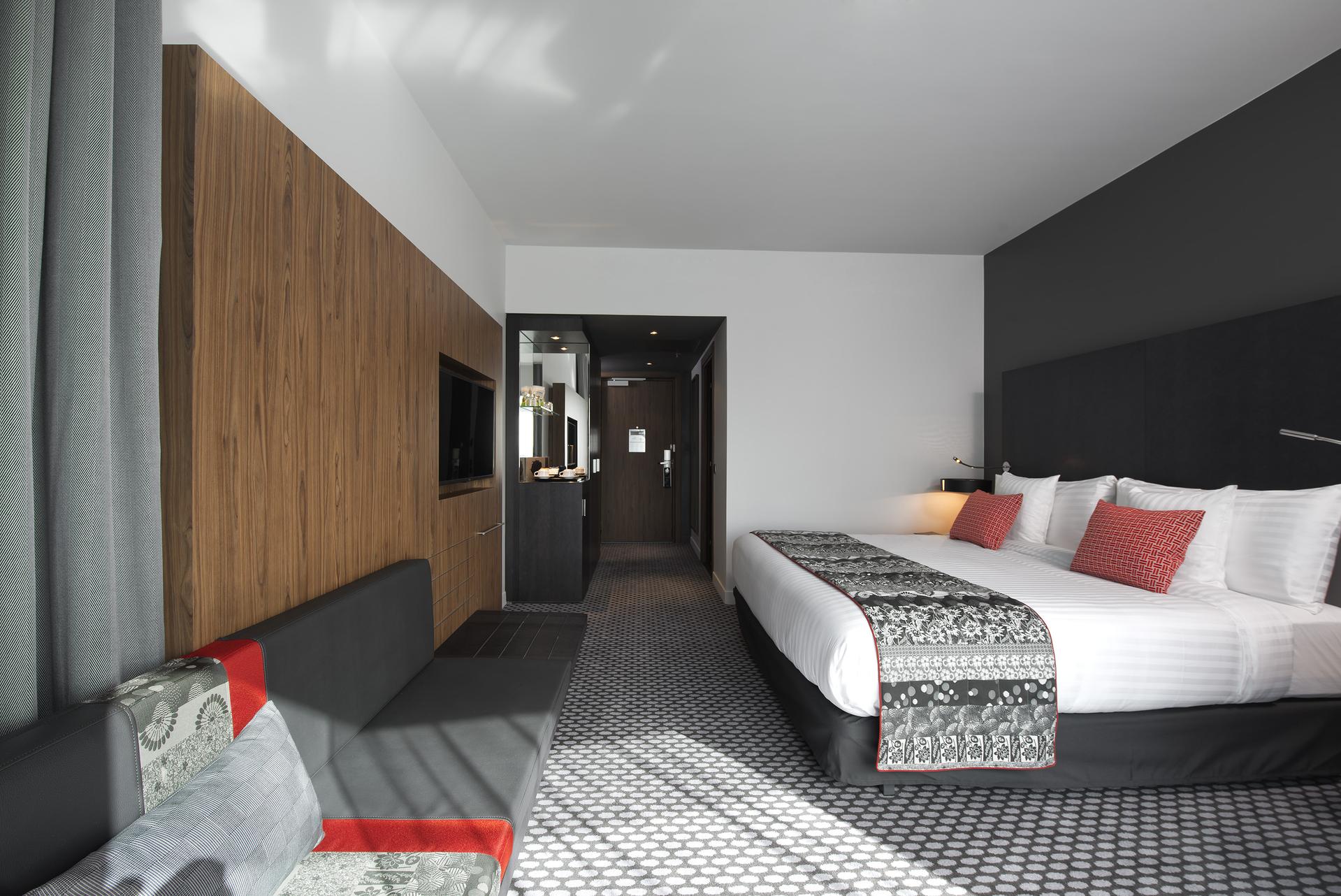 Located on the hotel's first floor, Le Miroir Restaurant looks out over the Esplanade water feature and is bathed in natural light. A typical French brasserie that offers a wide range of Mediterranean flavours with the unmistakable elegance of local haute cuisine. The Skyline Paris Lounge & Bar on the 19th floor offers the best panoramic views of Paris in the entire hotel. 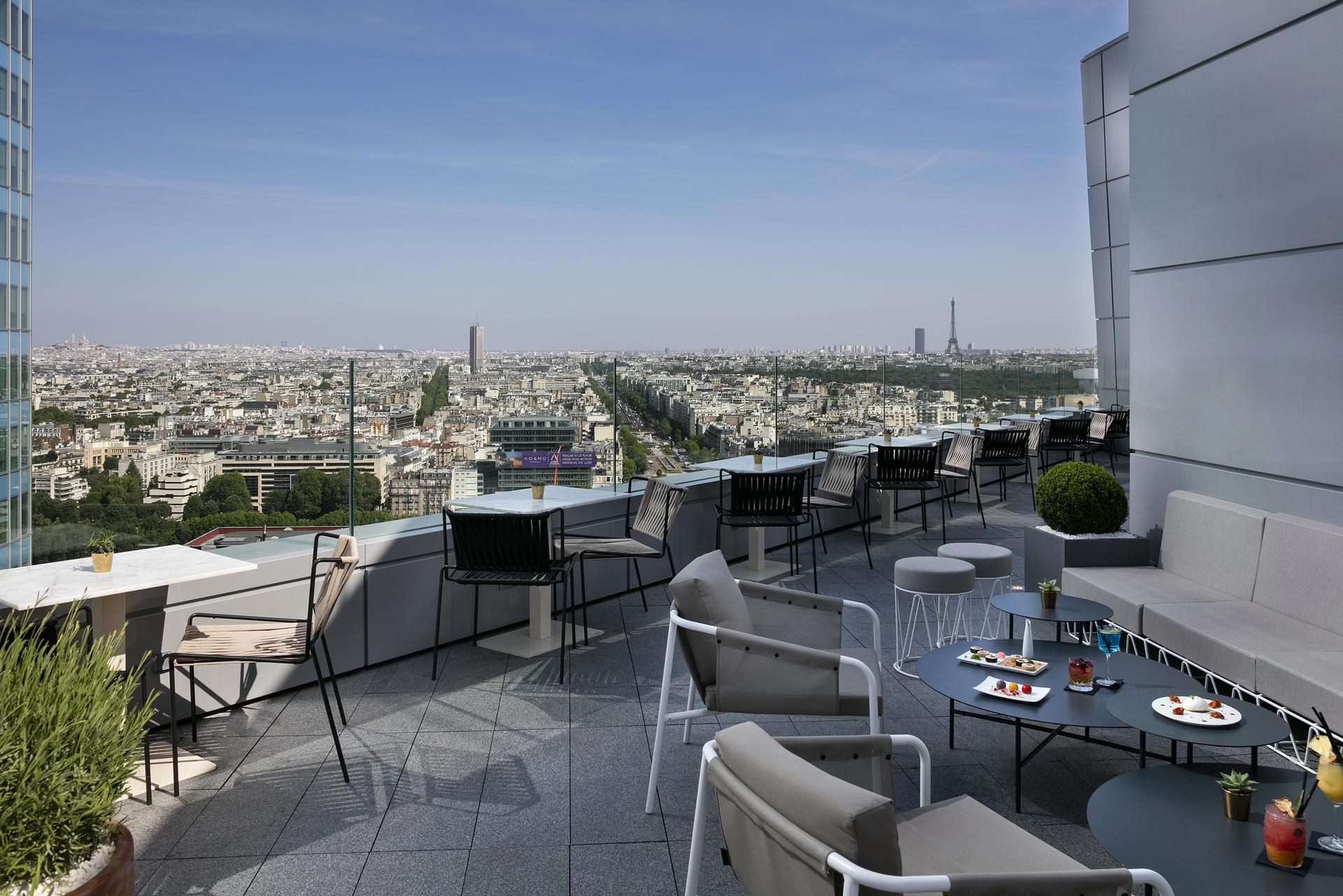 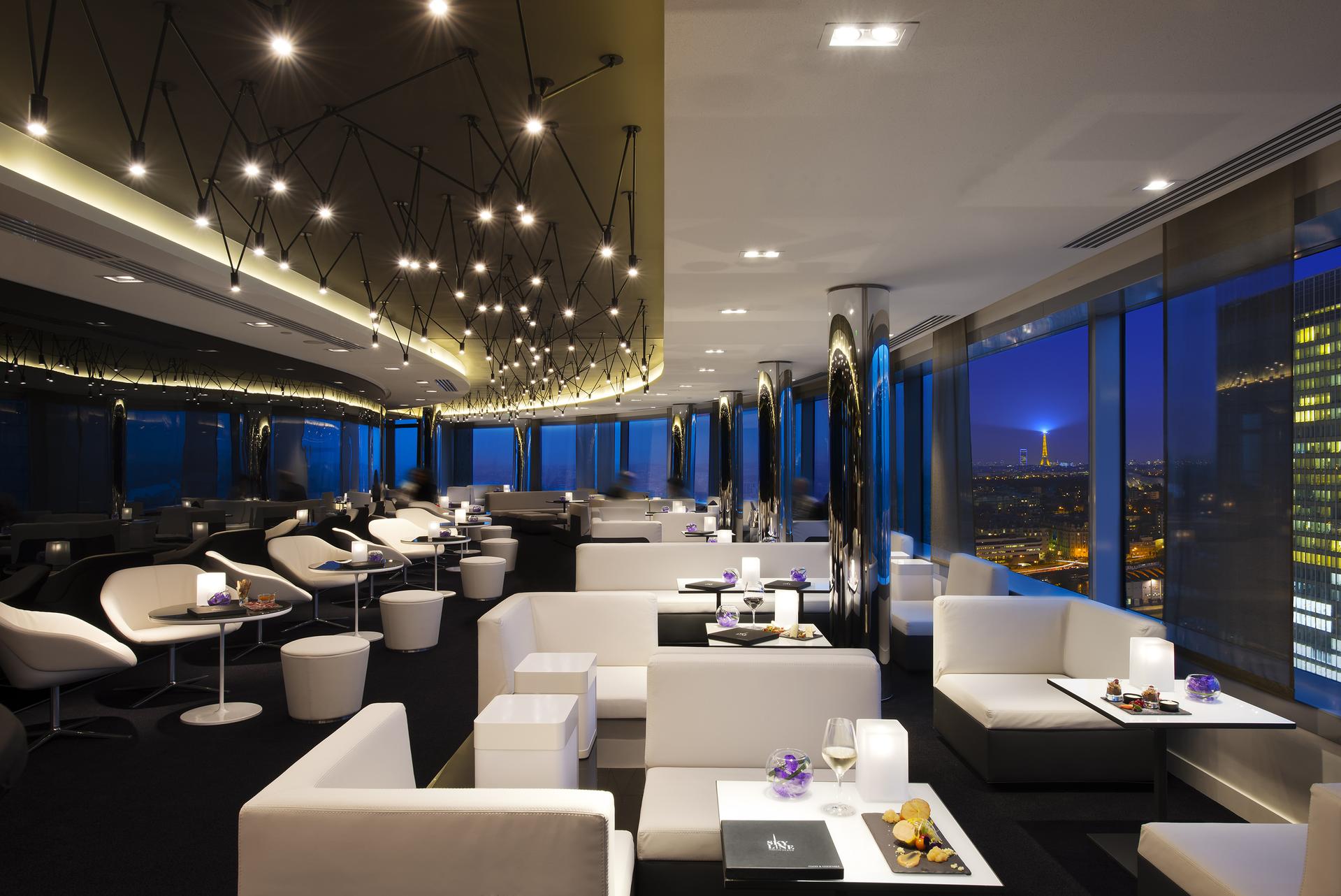 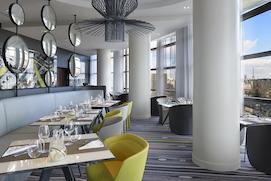 Metro Line 1 station is just next to the hotel entrance. Line 1 of the Parisian metro crosses the French capital from the west to the east. It serves important sites such as the Champs-Élysées avenue, the Louvre Museum and the business centre of La Défense. Paris metro 1 offers more connections to other metro and RER than any other metro line in Paris.

Paris metro 1 crosses Paris in its centre from the east to the west on a nearly perfect straight line following the shape of the Champs-Élysées avenue. Many stations on the line are located close to monuments or tourist sites.

The Louvre Museum, the most visited art museum in the world, where famous artefacts and paintings like Mona Lisa are exposed, is served by the metro station Palais Royal – Musée du Louvre. The business centre of La Défense, one of the biggest in Europe, is located at station La Défense, the terminus station of line 1 of the metro of Paris. The Arc de Triomphe, located on the Étoile square, is an arch commissioned by Napoléon to celebrate the victories of the army of the French Empire. It is served by metro station Charles de Gaulle – Étoile. The whole Champs-Élysées avenue is crossed by Paris metro 1, with stations Charles de Gaulle – Étoile (top of the avenue), George V, Franklin D. Roosevelt, Champs-Élysées – Clémenceau and Concorde. The Bastille square, the symbol of the French revolution where the Bastille jail was standing, is located next to the metro station holding the same name.


View the hotel on the map